Imagine a young man coming to the Imam of your neighboring mosque with this strange request: “Can I get a fatwa that permits me to commit Zina (fornication/adultery)?”

What kind of response will he receive?

I think that shocked and angry reproach is the most likely reaction of the attendees and the Imam; you would hear yells like, “Shame on you! How dare you mention such despicable things in the mosque and, even worse, request to commit it?”

Well, let’s read this story and see how the Prophet (peace and blessings be upon him) handled a situation like this:

Abu Umama Al-Bahily (may Allah be pleased with him) narrated that a young man came to the Prophet and said:

‘O Messenger of Allah, give me a permission to commit  Zina.’

The Companions turned to him and started rebuking him. The Prophet said: “Come closer.“

When the young man drew nearer to the Prophet and sat down, the Prophet asked him: “Would you like it for your mother?“

The man answered; No, by Allah. May Allah make me a protection for you!

Again, the young man answered negatively. So, the Prophet said, “People too would not love it for their daughters“

The Prophet then placed his hand on the young man and prayed for him, “O Allah, forgive his sins, purify his heart, and protect his chastity.“

Abu Umamah, the narrator of the hadith, said that the young man did not pay heed to any temptation thereafter. (Authenticated by Al-Albani)

With this gentle, understanding, and convincing approach, the Prophet (peace and blessings be upon him) sought to empower the young man rather than destroy him. He aimed to strengthen and fortify him in his battle with temptations rather than alienate or undermine him.

Following this Prophetic example is crucial when dealing with the youth as it does not only determine if the youth will commit Zina or not, but most importantly, if they would ever come back to the Mosque to discuss and find answers for their future problems or not.

Listening to the youth, understanding their problems and heartedly embracing and caring for them, whatever the issues they may have, are all elements of the Prophet’s art of empowerment. In the above hadith, the Companions themselves were not able to contain their shock. Perhaps this would be the natural reaction of our imams and community leaders if faced with a similar question.

The Prophet, however, dealt with the situation as a great educator; he drew the young man nearer to him, discussed the problem rationally, and thus succeeded in convincing the young man to the extent that, as the hadith narrator reported, the man would pay no heed to any temptation after that.

Furthermore, the Prophet did not let the incident pass without his unique spiritual touch. Placing his hand on the young man and praying for him must have left an unforgettable effect.

Criticism does no benefit in such situations. It would only alienate the youth and make them think twice before looking for solutions in the Mosque. If we are not friendly enough to embrace our youth and recognize their concerns, they would look for other environments to channel their worries and needs.

The young man above dared to address the Prophet with his unspeakable request; do our youth feel home and welcome in our mosques that they can open up and comfortably discuss whatever busies their minds?

‘It excited me. It wasn’t anything I thought it was’

I believed there was a God, but I couldn’t find God in the Catholic religion, it didn’t make sense for me.

I wasn’t a practising Catholic but I still believed in God, and life was fine but I needed an element of purpose. I started reading the Bible, and felt like their was a total lack of clarity.

BRIGID AYLWARD, A paediatric nurse at University Hospital Waterford, grew up as a Christian, but wouldn’t have given much consideration to what that meant.

It was after she left home that she started thinking more about where she was was going and for what purpose she was here.

She decided that she would travel to a Muslim country where she would work as a nurse in the hope that in isolation, she could reconnect with God, confirming her belief.

“When I got to Saudi Arabia, I realised that I had a very western mindset, a western culture. I had so many questions: ‘What the heck is with these women who covered head; I thought it was sad to look at, and that women had no place in society.” 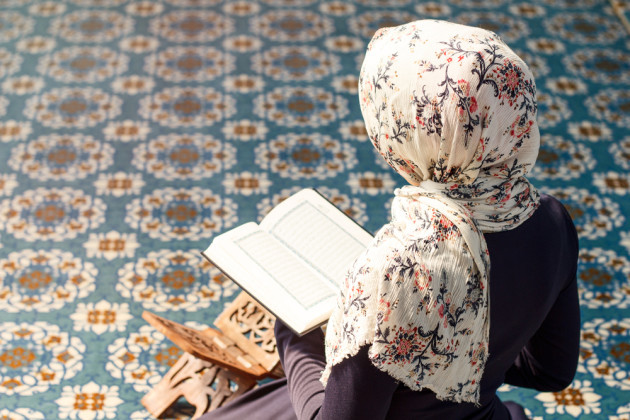 ‘Mothers behind the veil’

Brigid says that working as a paediatric nurse in a Muslim country she got to know the “mothers behind the veil”, and disspelled myths she had about the veil.

“They don’t have to cover – it’s their choice, they prefer to. They’re human, they’re normal. I started to read about Islam purely to do my job better and to understand these women better.

It started to make sense to me – it excited to me. It wasn’t anything I thought it was before.

In November 2008 Brigid accepted Islam. There were some fears she had that were associated with it, about what her mum would say and what her family would say.

Her husband, who she met while working in hospital in Saudi helped her deal with her fears and she says her family have seen the sense of purpose the religion has given her.

“I’ve only ever had positive reactions. I knew people would be surprised at a big change. I’ve only experienced niceness, that’s the great spirit of Ireland.”

Brigid says that the news of Donald Trump’s travel ban saddened her, but that she’d be sad no matter what religion they were.

“What Trump has done is put a mark on Muslims that says ‘We’ve a reason to be afraid of these people’. This is what we’ve been working against, it’s putting fuel on a fire.”

Dr Rachel Woodlock is an Australian Muslim academic who lives in Clonmel, Co Tipperary. She’s been studying attitudes about Muslims and opinions of Muslims themselves, and says that there are many misconceptions around Islam – one of which is not all Muslims are really religious.

“In Christianity, you’re meant to fast during Lent, but not all Catholics fast, not all Catholics go to church, and it’s the same with Islam. Muslims are a lot more heterogeneous – there’s no Vatican equivalent that prescribes what you do.”

Woodlock says that a survey was done of a population in Victoria, Australia that showed rates of ‘religiousness’ was the same in the general population as it was with Muslims.

“[Some Muslims] go to mosques the same way some Christians go to church at Christmas time.

“The thing about the attacker though, the Muslim community had been saying this guy is crazy, we’re worried about him, he doesn’t represent us. At the Quebec shooting this week, the attacker was called a ‘lone wolf’. Well Man Haron Monis was our lone wolf.”

“I think the history of terrorism in the north means Ireland can contextualise a national crisis a bit better than most.” 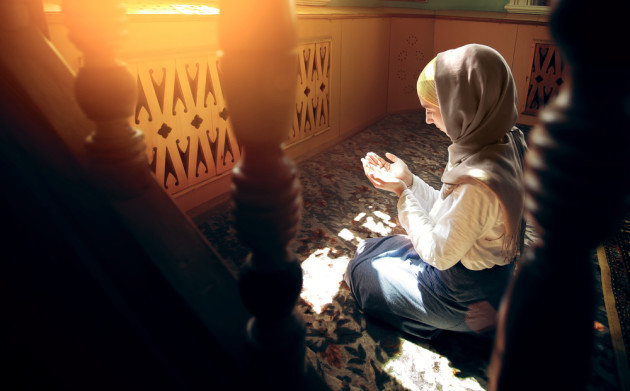 In traditional Muslim cultures, both men and women covered their bodies. It later evolved so that it was reserved only for upper class women. This then eventually spread out to all families as a symbol of culture and identity in the 18th century.

“Europeans argued that the veil, of the hijab emancipated women,” Woodlock says. “But ironically, people like Lord Cromer who were arguing that these women needed to be set free, were also opposing the suffragette movement in America.”

In the Ottoman empire, women were a representation of the Muslim world; the Hijab was seen as the last barrier of defence. “So the veil took on a political current that it wouldn’t have had in previous eras.”

Even more so now – with burkini bans in France causing a debate over how to deal with the fear of terrorism and a recent ruling by a Swedish High Court that means Muslim girls must learn to swim with boys as part of their education, the issue of how to make room for tradition in a modern setting is becoming more and more tricky.

“Most Muslim women in the west chose to wear a hijab as part of their identity – it’s not a fundamentalist act,” says Woodlock.

It’s a part of the religion and there are a lot of different meanings to it, but it all gets collapsed into one symbol of religion. 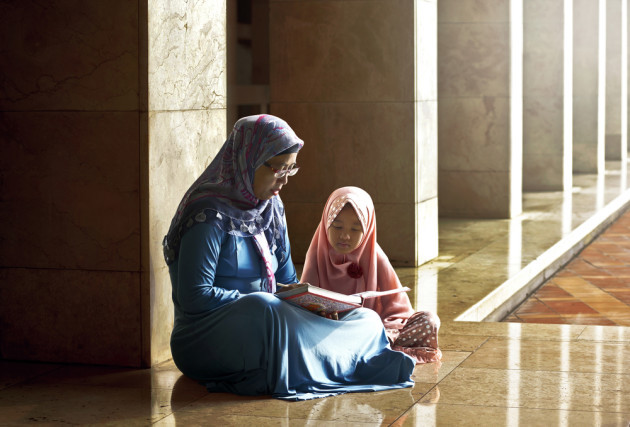 Muslim mother teach her daughter reading koran inside the mosque.

“It’s the woman who wants to wear this,” says Brigid. “When you actually wear it then you realise the benefits.

“As well as fulfilling the religious requirements, for me I’ve gained more confidence when I speak, they’re not looking at me at what my hair is like, what my body is like, I have an inner confidence.”

Woodlock recalls donning a veil when she was visiting a Muslim country, and she says it gave her an deeper understanding of why women wear it.

“I really got a sense of the privacy of it – I feel I’m able to look out at the world and operate in the world without the world intruding on me.

“But I wouldn’t wear it in the West, as it can create a fear and apprehension.”

Aylward and Woodlock took part in the only registered event in Ireland to mark World Hijab Day last Wednesday at Waterford Institute of Technology. The an annual global event was set up by New Yorker Nazma Khan in 2013 in order to fight prejudice and discrimination against Muslim women.

Posted by suninearth on February 6, 2017 in Relax

BRUSSELS — A Belgian city has rescinded a six-year-old ban on the wearing of hijab, allowing civil servants to don the religious outfit, to the jubilance of the Muslim community.

“This is a historic turning point for ethnic and cultural minorities,” Naima Charkaoui, director of Forum of Minorities, told Reuters on Tuesday, May 28.

Ghent city, Belgium’s third largest, has banned the wearing of hijab in 2007 after center-right parties dominated the city council.

The ban has prevented Muslim women in headscarves from sitting at public counters in city offices.

A similar ban on hijab was introduced in 2007 in Belgium’s second city Antwerp.

But the ban has prompted calls for removing the ban and granting Muslims the right to wear what they want.

More than 10,000 residents, or about five times the number required to call for a vote, have signed a petition to ask for lifting the hijab ban.

The citizen action was organized by the Forum of Minorities group.

Reaching the city council, currently dominated by Socialist and Green majority, the issue was debated for four hours until midnight Monday.

After lengthy debates, 29 of the city council’s 51 members voted to rescind the ban on the wearing of religious or political symbols for city officials dealing with the public.

Islam sees hijab as an obligatory code of dress, not a religious symbol displaying one’s affiliations.

The Muslim headscarf came into storm since France banned the wearing of hijab in public places in 2004.

Several European countries have followed the French suit, amid raging debates in other states about the Muslim outfit.

The Liberation of Muslim women !

Muslim Woman: Why do i wear Hijab ?

Where are the women in Islam??

Why are so many Women converting to Islam?

Western women on a journey of faith

Why European women are turning to Islam