as the Islamophobic rhetoric of the presidential campaign inspired acts of violence, my mate reverted. We had many I Accepted Islam Trump’s Travel Ban

Source: I Accepted Islam after Trump’s Travel Ban | About Islam

Shahada and Life as a new Muslim !

via The Testimony of Faith (Shahada) — Life as a new Muslim

My name is Michael Cummings, but am changing my name too Ubaidah. This is my story of reverting/converting to Islam.

Well I was raised Baptist in rural Kentucky. But I’ve always been different from my family, especially when it comes to wanting to learn about other cultures. Both of my brothers joined the military and have since both moved on to other career fields after serving in Iraq.

Well one of them is now homeland security and in college to be a Christian preacher. But I had strayed away from Christianity after I started to question the Bible and couldn’t get answers from any preachers, so I started to seek the truth of religion.

I looked into everything from Mormon to Rastafarian, but during the election of trump and all the hatred that came with it, it peaked my interest to find out what Muslims actually believe because all I really knew was what you see on TV and movies.

So I proceeded to research and to ask Muslims what they believe and I ordered a Quran and just started to read.

Everything I learned about Islam just made sense to me. So I decided to tell my mom I was converting to Islam, she was not happy (still isn’t). Then she decided to take it upon her self to call my homeland security/preacher brother and tell him.

So that obviously didn’t go over well. Pretty much everybody I’ve known my whole life see me as an enemy now, but by losing a few family members I gained about 1.7 billion new brothers and sisters.

I am also giving dawah to all my friends and have a few that are very close to accepting Islam Insha’Allah.

I just pray that Allah continues to guide me and my friends and maybe even my family one day.

While the world focused on London, approximately 230 people are reported to have been killed in what is thought to have been a US-led coalition air strike on an Isis-held neighbourhood in Mosul.

A correspondent for Rudaw, a Kurdish news agency operating in northern Iraq, said that 137 people – most believed to be civilians – died when a bomb hit a single building in al-Jadida, in the western side of the city on Thursday. Another 100 were killed nearby.

“Some of the dead were taking shelter inside the homes,” Hevidar Ahmed said from the scene.

A spokesperson for Central Command, which coordinates US military action in Iraq, told The Independent they were aware of the loss of civilian life as reported by Rudaw and the information had been passed on to the civilian casualty team for “further investigation”.

An estimated 400,000 Iraqis are trapped in the remaining Isis-held areas, the UN’s refugee agency said on Thursday. Those caught up in the fighting face growing food shortages or being hit by crossfire if they try to leave.

Isis has used civilian homes to shelter fighters and weapons throughout the battle for the city, rigging buildings and streets with explosives to impede Iraqi troops’ progress.

The fighting has come at a heavy price for both Mosul’s residents and Iraqi soldiers: thousands of Iraqi civilians have died in the fighting, and a cumulative total of more than 200,000 displaced from their homes.

A non-profit organization that tracks civilian casualties caused by airstrikes in the Middle East said it has shifted nearly all of its resources to track a surge of claims regarding U.S.-led strikes in Syria and Iraq.
The group, called Airwars.org, had been tracking deaths caused by both Russian and U.S. airstrikes but said in a statement Friday that it was suspending its work on “alleged Russian actions in Syria — so as best to focus our limited resources on continuing to properly monitor and assess reported casualties from the U.S. and its allies.

“Almost 1,000 civilian non-combatant deaths have already been alleged from coalition actions across Iraq and Syria in March — a record claim,” the statement said. “These reported casualty levels are comparable with some of the worst periods of Russian activity in Syria.”

In the last week, three mass casualty incidents have been attributed to U.S.-led forces in Iraq and Syria, making March one of the most lethal months for civilians in the the two-year-old war against the Islamic State.
Last week, U.S. drones targeted what locals deemed a mosque in Aleppo province in a bid to target al-Qaida leaders. U.S. officials said dozens of terrorists were killed, but those on the ground said at least 47 civilians also died in the strikes. The Pentagon denied that there were any civilian casualties but has launched a formal investigation into the incident.

On Monday, a conflict monitoring group, the Britain-based Syrian Observatory for Human Rights, said a strike near Raqqa targeted a school that was serving as a home for multiple families displaced by fighting in the area, killing at least 33. The Pentagon admitted U.S. aircraft were operating in the vicinity but, according to Pentagon spokesman Eric Pahon, the military is having a hard time rectifying the location of the building that was targeted with what was shown as destroyed on social media.

On Thursday, Iraqi media reported that an airstrike in Mosul killed more than 200 people. The Pentagon is investigating the claims.
After the fall of Aleppo to Syrian and Russian forces in December and the recent escalation of the U.S.-led campaigns against the Islamic State in Mosul and Raqqa, claims of civilian casualties caused by American-led forces have outstripped those caused by Damascus and the Kremlin, according to Airwars. 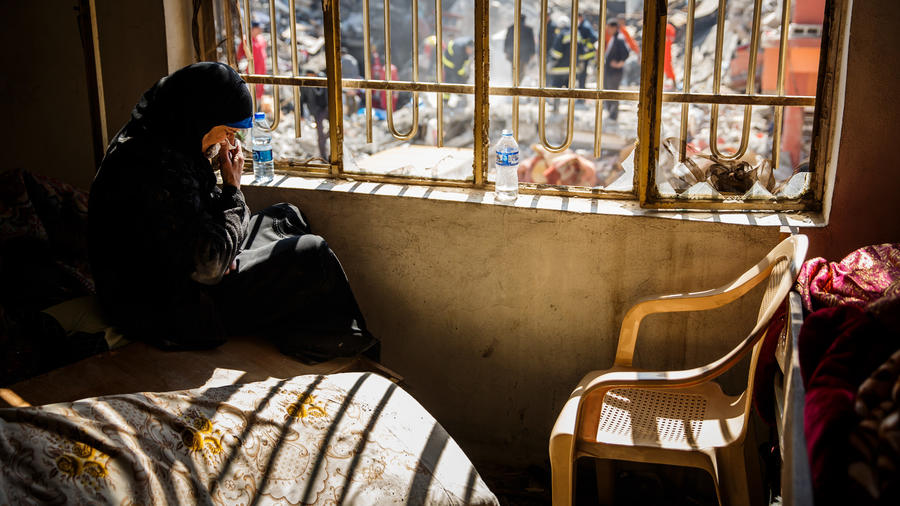 According to Airwars, more than 2,500 civilians have been killed by the U.S.-led coalition, which has admitted to killing only roughly 220 civilians. In recent months, the Pentagon said it has taken strides to investigate a backlog of claims while starting to release monthly civilian casualty assessments.