Sahih International: Do you not see that Allah sends down rain from the sky, and We produce thereby fruits of varying colors? And in the mountains are tracts, white and red of varying shades and [some] extremely black.

Pickthall: Hast thou not seen that Allah causeth water to fall from the sky, and We produce therewith fruit of divers hues; and among the hills are streaks white and red, of divers hues, and (others) raven-black;

Shakir: Do you not see that Allah sends down water from the cloud, then We bring forth therewith fruits of various colors; and in the mountains are streaks, white and red, of various hues and (others) intensely black?

Believe it or not, This is real !

How is Muhammed (saaw) a Mercy to the world?

The Prophet Muhammad (saaw) said: “I was only sent to perfect noble character,” He was declared as a “mercy to all the worlds.”

If ‘faith is between the believer and his Lord’ as Liberals and Modernists like to say, then why need Prophet Muhammed (saaw)? How could Muhammed (saaw) perfect the character of others, if he could not force them to be good? Didn’t the Quraysh have morals they inherited from Ibrahim (a.s)? Surely the Quraysh could have worked out the truth for themselves, and had the moral courage to follow it?

What about the verse of Quran which says the man’s soul has been inspired as to its right and wrong? Why do human individuals need someone else to tell them something that was already inspired inside them?

And if only the noble of mankind would follow the ‘right’ and ‘good’ within himself, what use is it to advise the…

Tomorrow is the Day of Arafat in Makkah, the most critical day of Hajj. 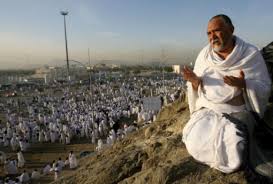 If missed, cannot be compensated for, which is why the Prophet (pbuh) said, “Hajj is Arafah!” For those outside of Hajj, it was designated as the greatest single day for fasting in the year. The Prophet (pbuh) said that one who fasts that day and it is accepted, will have the minor sins of the past year and the coming year erased!!! Allaahu akbar.

May Allah bless us all with its acceptance, those of us on Hajj and those at home.

The Meaning of Life

“Deeds are not better in any days than they are in these days.”

Allah, in His Perfect Wisdom, has blessed certain times and certain places with virtues and great rewards with which He has not graced others. Allah has made certain months, days and nights more virtuous than others, to motivate His slaves to increase in worship and righteous deeds, renew their energies and revitalize their Iman. Among those days are the first ten days of Dhul-Hijjah (the final month of the Islamic Calendar, in which the Hajj is performed).

Superiority of the First Ten Days of Dhul-Hijjah

The excellence of these ten days have been mentioned in the Qur’an and the Sunnah.

Ibn Kathir said that “the ten nights” referred to here are the ten days of Dhul-Hijjah, and this opinion was also held by Ibn Abbas, Ibn az-Zubair, Mujahid and others.

2. The Messenger of Allah, peace be upon him, said:

“There are no deeds as excellent as those done in these ten days.” They (the companions listening) said, “Not even Jihad?” He, peace be upon him, said, “No, not even Jihad except a man who goes forth endangering his life and wealth and does not return with anything.” [Recorded by Imam al-Bukhari]

Ibn Abbas and Ibn Kathir said this means in the ten days of Dhul-Hijjah.

4. The Messenger of Allah, upon whom be peace, said:

“There are no other days that are as great as these in the sight of Allah, the Most Sublime. Nor are there any deeds more beloved to Allah then those that are done in these ten days. So increase in tahlil (to say la illaha illallah), takbir (to say allahu akbar) and tahmid (to say alhumdulillah).” [Reported by at-Tabarani in al-Mu’jum al-Kabir]

5. With regards to the noble companion Sa’id bin Jubair, when the days of Dhul-Hijjah began he would strive to increase in good actions with great intensity until he was unable to increase anymore. [Reported by ad-Darimi]

“The most apparent reason for the ten days of Dhul-Hijjah being distinguished in excellence is due to the assembly of the greatest acts of worship in this period, i.e. salawat (prayers), siyam (fasting), sadaqah (charity) and the Hajj (pilgrimage). In no other periods do these great deeds combine.”

What are the Recommended Acts in these Days?

1. Prayer – It is highly recommended to perform the obligatory acts at their prescribed times (as early as possible) and to increase oneself in the superogatory acts, for indeed, this is what brings a person closer to their Lord. The Messenger of Allah, upon whom be peace, said:

“Upon you is to increase in your prostration to Allah, for verily you do not prostrate to Allah with even one prostration, except that He raises you in degrees and decreases your sins because of it.” [Reported by Muslim]

2. Fasting – This has been mentioned as one of the acts of righteousness where Hanbada ibn Khalid reports on the authority of his wife who reports that some of the wives of the Prophet, peace be upon him, said, “The Prophet, upon whom be peace, would fast on the ninth of Dhul-Hijjah, the day of Ashura and three days in every month.” [Recorded by Ahmad, Abu Dawud, an-Nisa’i and others]

Imam an-Nawawi said that fasting in these ten days is extremely recommended.

3. Saying allahu akbar, la illaha illallah and alhamdulillah – It is found in the aforementioned narration of Ibn ‘Umar:

“So increase yourselves in saying la illaha illallah, allahu akbar and alhamdulillah.”

Imam al-Bukhari, may Allah have mercy on him, said:

“Ibn ‘Umar and Abu Hurayrah, may Allah be pleased with them both, used to go out to the markets in the ten days saying the takbir causing the people to follow them in this action.”

Ibn ‘Umar used to say the takbir in Mina during these ten days and after prayers, whilst on his bed, in his tent, in his gathering and whilst walking. What is recommended is to say the takbir aloud due to the fact that ‘Umar ibn al-Khattab, his son and Abu Hurayrah used to do likewise, may Allah be pleased with them all.

Strive with us O Muslims in reviving this sunnah that has become lost in these times and it was almost forgotten, even amongst the people of righteousness and goodness all of which is unfortunately in opposition to what the best of generations were upon (preserving and maintaining the superogatory acts).

There are a number of ways of making takbir that have been narrated by the companions and their followers and from these ways is the following:

However, whoever is at ‘Arafah as a pilgrim then fasting is not expected of him, as the Prophet, peace be upon him, stopped at ‘Arafah to eat.

May the peace of Allah be upon his Prophet, the family of the Prophet and all of his companions.

Posted by suninearth on October 5, 2013 in Uncategorized